I have never had a pet. Except for one day when I was five or six when I picked up a kitten from a warehouse I had gone to visit with someone (why, I cannot recall). We cannot have the kitten at home, I was told categorically and was to go drop it back where it came from for its mum must be missing it by now. My desperate pleadings went unheeded and I climbed sobbing on to the front end of the scooter while an uncle (I imagine) took his place in the driver's seat. I was handed a large bag made out of rexine with the mewing fur ball inside. I was instructed to hold on to it tight and I did so accordingly all the way back to the warehouse where I left it reluctantly to fend for itself.

I have never been tempted to buy or adopt a pet since. I have very little interest in them and after the children, I have come to see pets as another responsibility I can do without. Every now and then, my younger son asks me about having a pet and the conversation goes like this:

A few days ago, a neighbour knocked on our door to wonder if we can look after their cat. I told her that I had never had a pet before but with enough instructions, I could do a fair job. Plus, it would give the boys something to do over these interminable days of summer. So that's what we have been doing these past few days. Feeding and playing with Archie.

He is a docile house cat who resolutely resists any attempt to be taken out of the four walls, he wouldn't even venture out into the garden. He is easily startled and runs into hiding where he remains, sometimes for hours, until he is gently coaxed out. He can be very, very hungry but he would still want to be petted and stroked and given attention to first before having his food. And his food...for a lifelong vegetarian, it took some effort not to retch at the smell of it. It comes out of a pouch but god, it stinks. Archie is also very well house-trained and does it business in a small litter tray behind the door which I dutifully clean up.

The boys don't want him to feel lonely, so insist on looking him up several times a day, even introducing our friends to him. It is a real joy to see the boys treat him with such tenderness. If I am late to feed him, they worry about him going hungry. My younger son who it turns out, is sensitive to cat hair (he came out in a rash the other day), takes toys around to play with him while the older one teaches him to dance to Ganganam style.


After this, experience you would think I would have softened my stance on the no-pet rule. You're right, the next time I am asked about having a pet, I might relent and say yes to a pet snail - of which we have no shortage in our garden.
at August 19, 2014 No comments:

But is it art?

In the main concourse of the Rijks Museum in Amsterdam hangs a large notice which begins by saying that I may not like everything that I was about see that day. And that it was okay. I do not remember much else of this notice but it reassured me greatly. It was part of the 'Art As Therapy' route that you could take, if you so choose to, around the museum and it was one created by the philosopher Alain De Botton and someone else. Now, I must put my hand up to being one of those bourgeois Indians who have made it a nouvelle habit of visiting art museums around the world only to have my photo taken next to Mona Lisa/Sunflowers or any other painting that I have only ever heard of and feel compelled to record my presence in front of it rather spend the few precious seconds that I get amidst heaving summer crowds looking at it. Mind you, my own reaction when squeezed by such throngs at Tirupathi would be different. I wouldn't be posing with the Perumaal, no, that would be blasphemous.

Anyway, so as I was looking at the paintings that cataloged in glorious brush strokes the tedium of medieval lifestyle, I began to wonder, so, bloody what? Milk maid? So bloody what? Sunflowers? So bloody what? Windmills? Who honestly cares? I was at once aware at my own pretending to enjoy it while still being very aware of the pointlessness of it. May be pointless is rather strong a word, I found myself wondering why the painters did what they did. Perhaps they wanted to document their world for future generations to see them. Perhaps they wanted to tell a familiar story and were compelled to do so in their own way. Perhaps they wanted to show off their talents. Perhaps they were commissioned by their rich patrons to depict them for posterity. Perhaps it was all of the above. I was thinking about the whys of it so much that I was aware that I wasn't enjoying the painting as I was supposed to (supposed by whom? And why should we?). I felt like a cheat being there.

I was also conflicted by the thought that so much of the art that was there in the spectacular setting of the Rijks Museum was beautiful. Even those that showed beheadings and gruesome murder was set in a gorgeous frame and a painted so skillfully that it became a thing of beauty softening the gore it portrayed. Why must it be so? And was that what the painters intended? Has their astronomical rise in value since they were painted meant that they are to be preserved in museums and removed from their normal settings? And has this removal meant that they are now even more distant from the people for whom it was intended?

You see, not long earlier I had been to the Serpentine Gallery in London to witness and to take part in Marina Abramovich's 512 hours performance piece. Now, that's a kind of art that is at least not hung on a wall for all to stand in front of and pose. I had not heard of Marina until someone sent me a youtube link of her now famous MoMA performance of The Artist is Here. It is most arresting and if you haven't, do take three minutes to watch it on the link in the previous sentence. So having seen the video and having read about Marina's most utterly extraordinary life where she has pushed her own body to its extremes, I was curious to be part of her new installation. It seemed somehow more visceral and less disingenuous to me.

The Serpentine Gallery is not very well sign posted and it involved me dragging my son along the entire length of Hyde Park. We stopped midway to dip our toes in the paddling pool in memory of Princess Diana - no, our dip was not in her honour, only the heat necessitated it but the elliptical pool is there to mark her life. So, having finally found the Serpentine Gallery along the long, circuitous and scenic way, I was greeted by a queue of about 20-or so gallery goers. Presently, a security guard informed me that the installation was only for those over 12 years of age and so I would have to leave my son outside but that they would keep an eye on him for me.

When my turn came, I was asked to deposit my mobile and my belongings in a locker before being directed to the gallery. 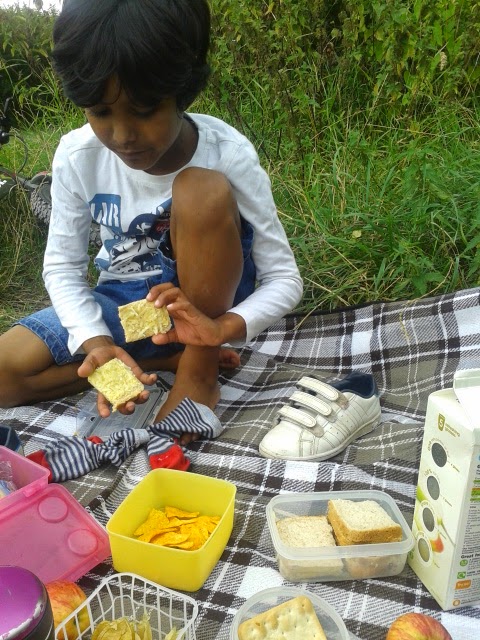 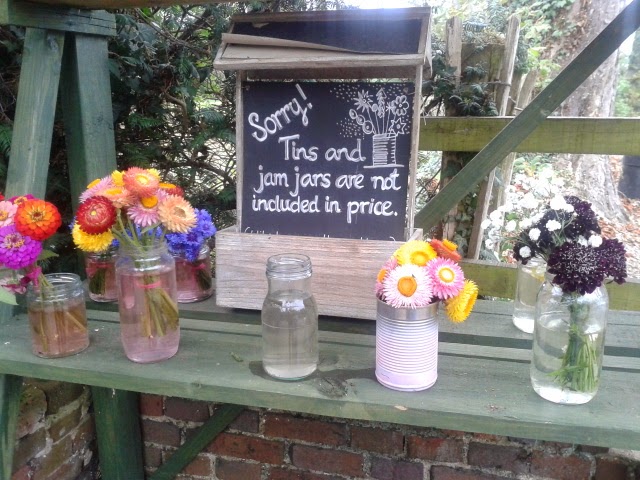 The other day, my younger son and I went on a 10-mile bike ride punctuating our ride with breaks for snacks, dangling our feet in the river and foraging for fruit. We had a picnic by the Thames, munched on our sandwiches, drank juice straight from the carton, hid behind the trees to wee while the other kept a watch and gathered bouquets for a small donation. It reminded me that living in England in summer truly takes some beating.

It was some time in the late 90s. An ex-boss who had been born and raised in Britain and had returned to India mentioned something about Monty Python in a conversation. Now, I had no idea who Monty Python was and thought it was something to do with The Full Monty - a movie I had watched on TV not long earlier. Internet was a recent distraction back then and keen to exploit everything that search engines had to offer, I yahooed Monty Python and was promptly directed to a website which offered their scripts to download for free. And thus began hours of reading and lol-ing (another recently discovered term back then) Monty Python scripts. When I moved countries to Britain some years later, one of the first things I did was to borrow a DVD of Monty Python shows and watch their work and marvel at their collective brilliance. Earlier this year, when I read that the Pythons were going to come back together for a final few shows, I made a mental note of it and then promptly forgot about it - well, actually, the thought process went like this - 'Oh great, the Pythons are having a reunion, may be I should buy a ticket, but hang on, watching a live show would mean having to make all the arrangements and diaries and calendars needing to be checked and cleared of all prior engagements, can I really be bothered, even for the Pythons? No, not really'. So, I read the lukewarm reviews to their  live shows which incidentally, sold out within minutes and wished I had at least tried. Nonetheless, I had read that these live shows were going to be screened across theatres nationally and I decided not to miss it. And that's precisely what I did over the weekend. Watch, laugh, howl and cry at the sheer brainwackery of the remaining Monty Pythons (Graham Chapman having passed away - or having "ceased to be, bereft of life, resting in peace, kicked the bucket, hopped the twig, bit the dust, snuffed it, breathed his last, and gone to meet the great Head of Light Entertainment in the sky." as the Pythons would put it). There was little new material but then, I suspect the audience didn't come for that. We came to watch the Four Yorkshiremen reminisce the good old days and to the bemoan a dead parrot. And we got our money's worth. After more than 40 years, The Monty Python still prevail - their brilliance intact, their irreverence acute, their humour superior, their middle finger at all things conventional forever raised.
at August 11, 2014 No comments:

Some free, some foraged