Years ago I heard someone complain that she never had a chance to miss her husband since they both worked together and lived together. I wish he'd go away for a little while so I can miss him properly, she said. I had a chance to recall her words earlier this week. 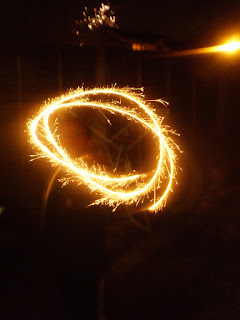 I have never been very good at keeping in touch. I have a tendency to make friends and then move on, leaving it to them to remain in contact. If they do, I am delighted that they have and if they don't then that is fine too. And perhaps this was the reason why I found Facebook and suchlike overwhelming. It thrust people and their lives crammed with detail on to me and the noise left me drowning. I unplugged from it one Tuesday morning several years ago and have not gone back to it since.

When Watsapp made an appearance on the scene some time ago, I bought into it but when I found its demands unable to keep up with, I uninstalled it. But a dear friend insisted that I reinstall it when the free phone call facility was introduced and this way, we could chat more for free. Soon enough I enrolled into a few groups of old school friends and gradually grew accustomed to the noise from everyday interactions.

The ubiquity of a life too connected has meant that I never have a chance to miss anyone. Barring the case when someone really close passes away, nearly everyone is readily available everywhere at the tap of a button. And therefore not really missed that much. The downside to such instant access is that I do end up seeing people rather more than I would like to - and they of me. This fact was brought to my attention a few days following an interaction on that wretched Watsapp. An unsolicited rude message was my awakening to pull away and to remain that way.

Back in the day when I used to meet with old friends, we would bid each other goodbye and promise to remain in touch. A promise I would promptly forget and be chided for later at the next reunion. I felt no need to know the birthdays of old classmates or indeed wish them or be kept abreast on their children's well being. These were minutiae that I simply had no headspace for and on those warm summer evenings when it was just that bit too hot to sleep, I would find myself wondering whatever happened to an old friend. And upon finding no satisfactory answer, I would invent them a life, throw in a career, imagine a partner, some children and drift off to sleep. That was enough for me.

Lately, after all the exercises in being social, I have come to the conclusion that if you really want to keep a friend, unfriend them on social media. Don't know too much about their lives, keep somethings a mystery, save some for conversations to be had when you do meet them. And whatever you do, do make an effort to miss them. Miss them properly, wholly and let them miss you too. And when you have had enough of missingness, pick up a phone.
at August 31, 2017

I hear ya !!! Willingly or unwillingly, we all are in the same boat. With all the technology available, it's upto us and our state of mind to decide to use it wisely or not. I think the need to pick up a phone and talk to someone is very person dependent, with the spectrum being comprised of, on one end, with someone who wants to TALK to a lot of people on a daily basis to someone who doesn't feel the need to socialize, on the other. Majority of us fall somewhere in the middle. As for me, I have realized that whatsapp comes to my aid if I want to connect with someone, wants to chit-chat a little, but not necessarily talk. But when I want to talk and have a conversation, none of the social media can stop me...I just pick up the phone :-)